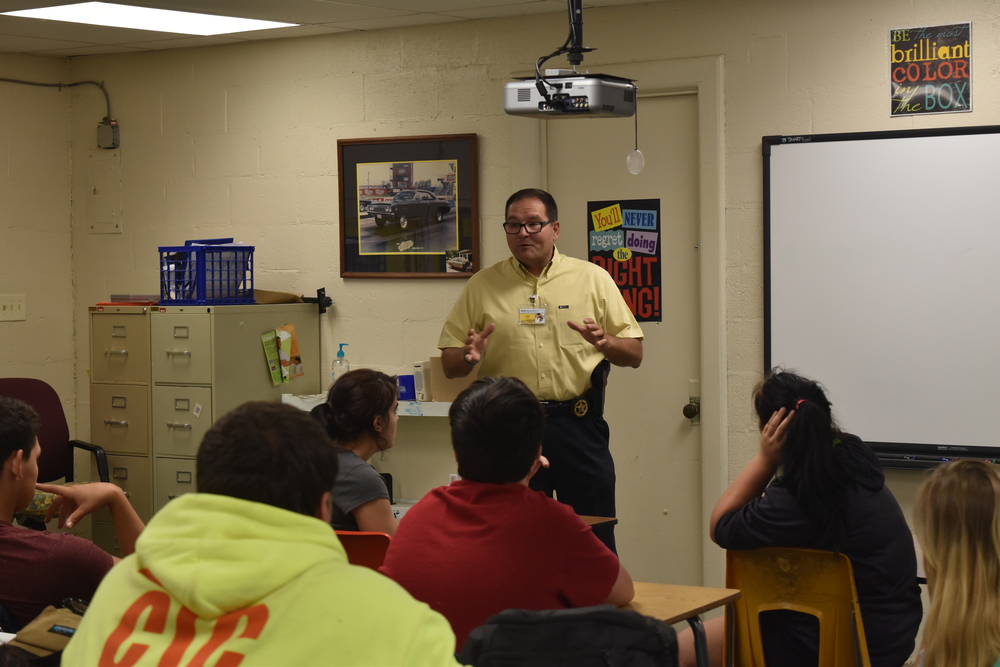 Sheriff Ron Brown Came out to visit with the students on Wednesday, September 13th. It was not your typical cop scares the kids scenario. He shared his dreams as a young child. He talked about the plans he made or goals he used to accomplish his dreams. He also told the students of mistakes that kept him from ever being a state trooper. He admitted his wrongs and kept moving on. He didn't let his past keep him down. He told of being a paramedic to fireman, school resource officer and later patrol officer. He is the only Sheriff to ever run unopposed for over 50 years. His way with the students helped build a repore and trust. He was engaging and allowed them to ask him anything. Thank you Sheriff Ron Brown for spending his afternoon inspiring students.